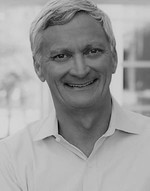 Leveraging his extensive experience and contacts across our primary industry verticals, Stuart Johnson founded Direct Selling Capital Advisors in 2019. Johnson has been involved in the direct selling industry for more than 30 years based on his ownership of Direct Selling Partners, an industry-leading marketing services firm.

Johnson is also a key player in both the personal development and publishing industries.

Throughout his career, Mr. Johnson has served as a key adviser to business owners and executives across Direct Selling Capital Advisors’s targeted industry verticals, including the sourcing of, and participation in, numerous M&A transactions totaling hundreds of millions of dollars. 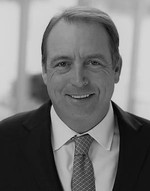 Prior to Direct Selling Capital Advisors, Bright served as the President and Managing Partner of Lucidus Capital, LLC, a boutique transaction advisory firm. Earlier in his career, as a Managing Director, Bright was responsible for the Dallas office of an international investor relations firm focused on representing companies listed on both the Nasdaq and New York stock exchanges.

Bright began his career in finance sourcing private equity transactions for a large Dallas, Texas-based family office and also served as a key investment advisor to one of the largest private family foundations in the State of Texas.