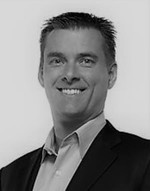 Mr. Wentz joined USANA at its founding in 1992 and played a critical role in developing its initial branding and strategy. Over the course of USANA's early years, Mr. Wentz served in a variety of roles, including Vice President of Development, Sr. Vice President of Development and Executive Vice President, before being promoted to President in July 2002 and Chief Executive Officer in 2006. He also served as a member of USANA's board of directors from 1993 to 2004. While Mr. Wentz led USANA(2002-2016), it achieved record sales each year and increased revenue from approximately $133 million (2002) to $1 billion (2016) upon his retirement. Notably in 2010, Mr. Wentz played an integral role in the $62.7 million acquisition and implementation of BabyCare.

Mr. Wentz is a best-selling author, having co-written the New York Times best seller The Healthy Home, and an accomplished speaker and presenter having spoken in front of millions over the course of his career. Mr. Wentz holds a Bachelor of Science in Bioengineering from the University of California, San Diego. 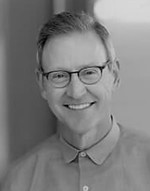 Mike Lohner serves as the President, Chief Financial Officer and a Director Nominee of Direct Selling Acquisition Corp. Mr. Lohner is a highly experienced executive, board member, founder and investor in the direct selling and direct-to-consumer industries, amongst others. Over the course of his career, he has played either a leading or integral role in the evaluation and underwriting of multiple transactions and investments within the direct selling industry and has played key roles in the development and management of a number of businesses that resulted in nine-figure exits. Mike currently serves as the chairman of the board of S&D Retail, a leading technology enabled social selling platform and fashion accessories business with three current brands: Stella & Dot, Keep Collective, and Ever Skincare, where he previously also served as chief executive officer.

Mr. Lohner is a co-founder of DOSH, a leading card-linked cash-back advertising platform. He served as DOSH's Chief Strategy Officer prior to its recent sale (March 2021) to Cardlytics for $275 million. While at DOSH, Mr. Lohner was responsible for formulating, directing and implementing the social selling strategies that helped it achieve its market leading position.

Mr. Lohner has spent more than 20 years as an executive, investor or advisor in and around the direct selling industry. Mr. Lohner's entry into the direct selling industry was with Home Interiors and Gifts, Inc. a private equity-owned home décor direct sales company. He was hired after the company suffered a significant decline in sales and was tasked with returning the Company to growth. Retail sales at the company not only returned to significant growth, but grew to over $600 million during his tenure. Mr. Lohner served on the Direct Selling Association's board of directors for four years.

Mr. Lohner's early career included time as a consultant at Bain & Company, one of the world's premier management consulting firms. He earned his M.B.A. from the Stanford Graduate School of Business, where he was an Arjay Miller scholar, and received a B.A. degree in economics from Brigham Young University. 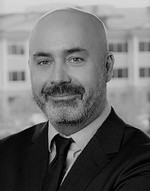 Wayne Moorehead serves as the Chief Strategy Officer of Direct Selling Acquisition Corp. Mr. Moorehead, who brings a wealth of experience in marketing, branding and direct to consumer to the Company's management team, is a seasoned thought leader in marketing and brand strategy and is a sought-after advisor across multiple industries. Mr. Moorehead has spent more than 20 years in a variety of senior level roles in and around the direct selling industry and has also worked with a large number of national brands over the course of his career.

Mr. Moorehead holds a BS in Marketing Communications & Advertising from Brigham Young University and an MBA in Marketing from the Marriott School of Management.